So i bought this Dwarf Pinus Mugo from a local nursery in 2013. I had my eye on this nursery for a while as they usually have good stock. There was a lovely Scots Pine there but a bit on the expensive side, so decided to pick up this mountain pine as it was nice and cheap.

I know Pinus Mugo have a bit of a bad reputation as bonsai but I have read they are quite easy to train and style. That said i also have heard that certain cultivars are touchy and can react badly to training. So all that in mind i still think its worth a go. Here are a few pics i took today (summer 2013) in the Irish sunshine, something which is quite rare.

Used this bottle as an indicator to the true size of this Pine.

One in the sun

So at the Munster Bonsai Club workshop January 2014 I got a chance to get started with styling with this tree, just ran out of time to finish the wiring but thanks to Ian I got a good head start.

Heres a before shot

And heres the after shot

So now we are in June 2014 and i decided to remove the wire as it was biting in, and re apply some nice new wire.

Here is the tree with the wire removed

This little juniper was in my local nursery, not far from my house. I have seen it for a while now and was considering picking it up. A few weeks ago I met the owner of the nursery and he gave me a discount of the already reduced price of 8 euro i think ( I strike a hard bargain 🙂 ). So i decided to pick it up as I read that they make nice bonsai. Anyway the past few weeks I have been looking at it during watering not knowing what to do with it.

The reason i liked it and had been watching it in the nursery for so long, was for the little twisting of the trunks. But each time i gazed at this tree from different angles, i was lost as what to do. So today I decided i was going to grab the bull by the horns and just get wiring. I am usually quite conservative when it comes to making decisions with my trees. But I feel just getting stuck in, while taking the health of the tree into consideration is the only way to go. Its the only way I will learn. So I decided to have a look and see where to go. Here is a look from one angle

A look with out the pot

First bit of wire to go on the tree.

And a closer look

And a second helping of wire to help with the bending.

Continuing with the natural bend of the trunk.

While bending the tree I heard the dreaded ‘crack’. It turned out not to be too bad. On further investigation my dear Watson it looks as if my lack of wire on the first run may have been the reason for my crack. Maybe if I had continued with the wire it may have protected the branch where the crack happened.

So out with my trusty wound sealer. Hopefully will do the trick.

So this is the tree now, with the pot cut down to size and a lighter for height comparison. I think I will look at wiring the other trunk into semi cascade and some of the smaller branches over the next few days. I didn’t remove much foliage, but will be looking at that the next day as well. 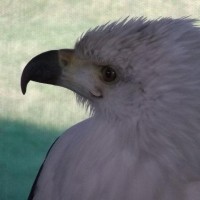